Life throws some interesting curve balls at you… whether you dodge or shoot out your hand is what separates the meaningful experiences from the average. This is a post I wrote last month as we were preparing to head to Iowa…

One minute I am working at my kitchen table, plotting and planning my day for my other job.

The next? I’ve just walked down the hill to Viking Dad’s house for our morning coffee and I find him with his head in his hands.

His only sister is sick. Heart Attack/stroke… something awful. Do details really matter at 90? It is bad and that is all we know. Her husband is blind sided and our information limited.

These are the times that I realize the depth of the role reversal that has taken place the past 17 years since my mum passed.

“What do you want to do Daddy?”

Silence. Not because he doesn’t know what he wants, but because he wants me to give him choices.

“Do you want me to call Uncle and get more information?”

“Ya…” his voice trails off, “I couldn’t hear him very well, that damn phone.”

I call and get no where really because on the other end of the line is another man, fearful of losing his wife, his life, and he doesn’t know what to say either.

“Paula (pronounced Pala if you’re in the fly over states) I’ll call you tomorrow and let you know what the doctors say.”

So we do. Husband books the rental car, I was on the phone booking the hotel, Delta helped and my sweet Father was making sure that he had a new tie. It’s 9 pm now, 14 hours since I found him at the table.

He has lost other siblings. His brother Gordon was the first to leave us. Dad drove alone to Minnesota in the baby blue Oldsmobile Cutlass in 1976. I remember that funeral. There’s only 3 siblings left including Daddy, out of 8. Dad will be 94, Lorraine 90 and Ray 92… there is a mystery in living so long. There is also heartache.

I have tried to make his life stress free and comfortable ever  since mum left. He cared for her until the end. He deserves that. I also realize that I can’t protect him from the world turning round. Loss. Pain and ultimately loneliness. The ultimate role reversal has occurred.

Outliving your friends, your family and your story.

I hope so. Because at times it feels like my story will end with him…

Pass the plate to your friends: 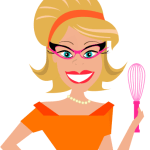